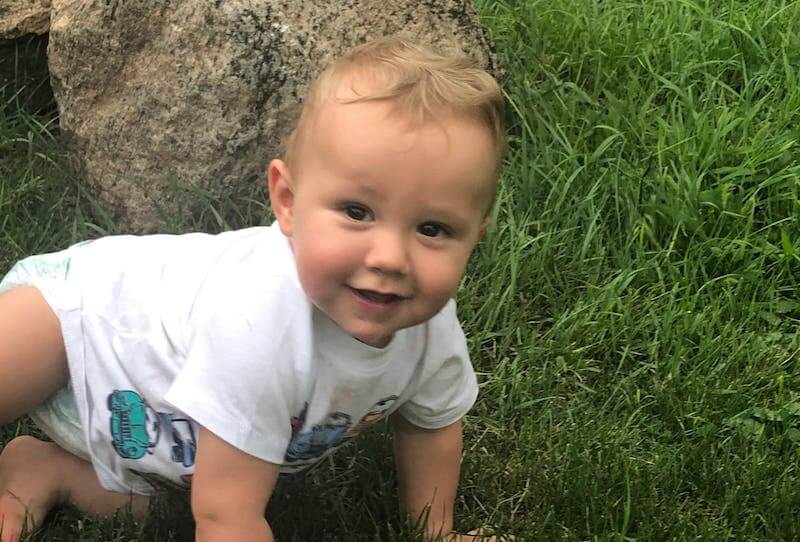 He was a beautiful surprise and blessing. Always happy, super content playing by himself for hours, or even just sitting there watching the older kids play. There is so many things that I would like everyone to know about my son. Wyatt Michael Walker Bush was born 7/31/17. He was simply amazing. He had brown eyes that were big and very beautiful. If you stared directly at them, they would sparkle. His smile was just as bright and infectious to the people who saw him. It would never fail that someone would come up to us in a store, comment on how happy he was and how he was too pretty to be a boy. Before going on with their shopping they were just stare for a few seconds before leaving. Bath time was Mommy and Wyatt’s special nightly date. He loved bath time. He loved to put his face into the water and laugh because it tickled his nose. We played with his different colored balls, waterbook, duckie, empty shampoo bottle and bath crayons. We would practice our numbers, words, and of course sing.

He was always up to sing. Old McDonald, Baby Shark and his absolute favorite was 5 Finger Family. I would change my voice for each character. He would clap and smile. Once I finished, he would want me to do it again over and over. He would let me know to start again by grabbing or touching my hands with his thumbs. (He used his thumbs to touch everything instead of his fingers). After bath, we would play in is room and read a book or 2 or 3. His favorite was when his dad would read “Good Night Goon”. Wyatt was not afraid to do anything. He loved crawling on the arms of the couch and jump off them, sometimes he would jump off the back of the couch. He thought the tv was a big touch screen tablet. He would climb on the stand watch tv and then push his thumbs on screen to replay his show. My love for my son is forever and am looking forward to having my little shadow with me again, I continue to love him more as each day passes. Mommy Finger is waiting for you.

Wyatt’s ashes are back at the Eterneva labs, and we are ready to begin the journey to becoming a diamond. Now, Wyatt’s ashes will be put into a crucible that will go through a purification process. When that is finished, his ashes will be carbon in the form of graphite. This is the material we will put in the diamond growth cell to grow his diamond. In your next update, you’ll get to see the graphite as we open the crucible for the first time. Stay tuned!

The purpose of this page is to celebrate Wyatt. By recording stories about him, we allow future generations to get a sense of who he is (versus impersonal facts in an obituary).

Please leave a comment below to share a positive memory you have about Wyatt, or a way he influenced your life! Condolences are kind, but please hold this space for positive stories & memories about him.