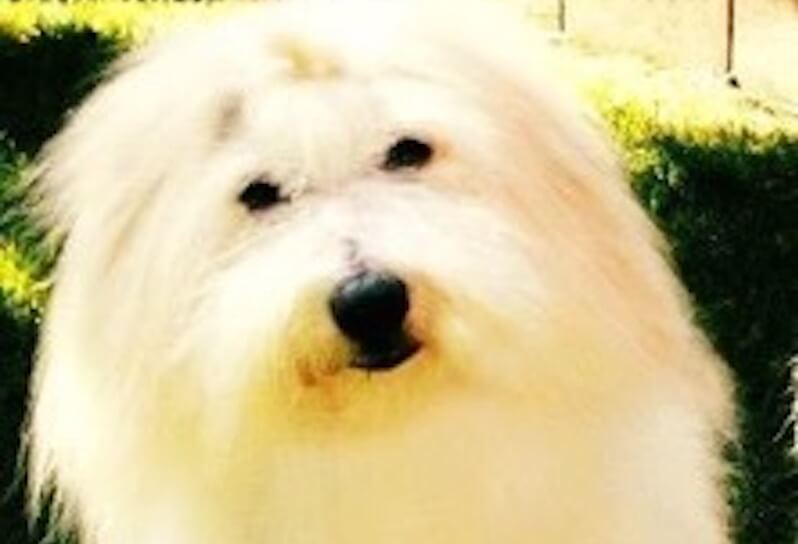 Priceless was just a big fluff ball of energy! He loved to play! Not so much with toys, but more so with his parents, Kassandra and James. His favorite game was the “I’m gonna get ya!” game. All his parents had to do was say, “I’m gonna get ya!” and he would get so excited, start running around and just ready for them to try to get him! He absolutely loved going to the groomer’s every week. In fact, he loved it so much, that when he came home after each appointment, he would walk around the house showing off his new ‘do. That earned him the nickname “Fancy Pants.” Priceless was also a certified Canine Good Citizen, which is the AKC's program that earns dogs the gold standard of behavior.

Every year for Thanksgiving, instead of watching football, his parents would turn on the dog show. Priceless loved it! It became an annual tradition, along with the picture they’d snap of him throughly enjoying the show to share with friends and family. At five years old, Priceless was diagnosed with a fungal disease. His parents were told that he wouldn’t survive. But he was a fighter, and made it through for another 10 years! His parents will miss his warm body in their bed, leaving little room for the two of them!, his infectious happiness, and mostly, his presence in general. They all fought so hard for his life for many years ago, and are so grateful for the extra decade they got to spend with him.

Priceless's ashes are back at the Eterneva labs, and we are ready to begin the journey to becoming a diamond. Now, Priceless's ashes will be put into a crucible that will go through a purification process.

When that is finished, his ashes will be carbon in the form of graphite. This is the material we will put in the diamond growth cell to grow his diamond. In your next update, you’ll get to see the graphite as we open the crucible for the first time. Stay tuned!

Priceless’s ashes have been purified and are now pure carbon in the form of graphite. The purified ashes are on their way to Germany where the best of the best memorial diamond growth scientists work. There, they will put the graphite into a growth cell and then into a machine that mimics the earth’s mantle in pressure and temperature. Soon, we’ll be sending an update of his rough diamond!

Some example text about Priceless' his rough diamond!

A Perfect Diamond is Born

When we lose a remarkable pet, the most important thing we can do is keep talking about them!

The purpose of this page is to celebrate Priceless. By recording stories about him, we allow future generations to get a sense of who he is (versus impersonal facts in an obituary).

Leave a comment below to share a positive memory you have about Priceless, or a way he influenced your life! Condolences are kind, but please hold this space for positive stories & memories about him.