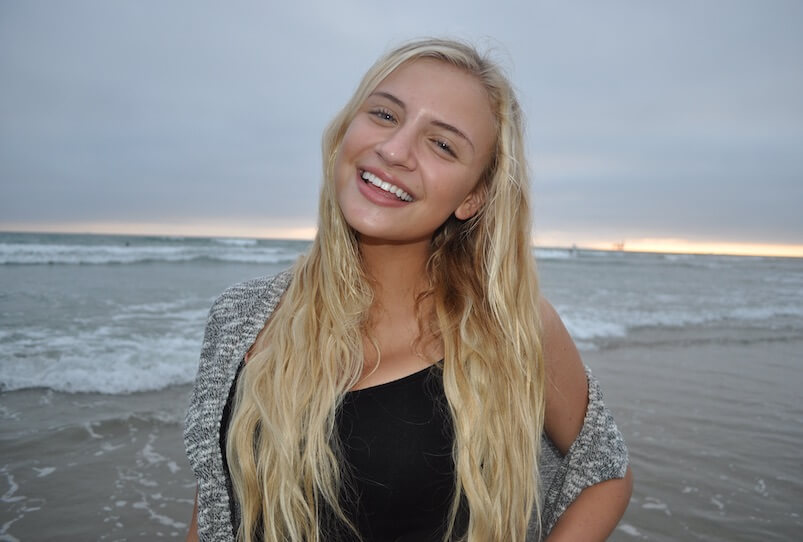 Megan certainly experienced a full life during her short time with us. Growing up she tried soccer, dance, volleyball, golf, tennis, and horseback riding. Megan also attended summer camps at Kickapoo and Sierra Vista. Despite all that, did we mention her favorite sport was SHOPPING?! She had a keen eye and passion for fashion. Megan had a unique style that others admired and was a wish-list making master! Megan was known for her caring, free-spirited personality.

People were drawn to her even if they didn’t know her. She was loved by all who were fortunate enough to know her and will be greatly missed. When you think of Megan, please remember her smile that would light up a room, stunning eyes, unique style, and love of animals. Celebrate her in your memories and live life to the fullest.

Megan's Journey to Becoming a Diamond

Megan's ashes are back at the Eterneva labs, and we are ready to begin the journey to becoming a diamond. Now, Megan's ashes will be put into a crucible that will go through a purification process.

When that is finished, her ashes will be carbon in the form of graphite. This is the material we will put in the diamond growth cell to grow her diamond. In your next update, you’ll get to see the graphite as we open the crucible for the first time. Stay tuned!

Megan’s ashes have been purified and are now pure carbon in the form of graphite. To prepare her carbon for growth, we'll now mill it into a super fine powder, which is the starter material for the diamond.

The closure of this phase is a big and exciting milestone! We are now ready to grow her diamond.

I'll never forget the day Megan won a giant stuffed polar bear at Sea World. It was a very hot August day in 2008 and we spent a lot of time in the penguin exhibit and midway because they were cool.

Megan decided she wanted the bear and played one of the ring toss games until she won it. I had never seen anyone actually win at those games but she did, and it was bigger than her.

I love you Megan, always and forever.

In the Best Hands

Megan’s diamond has been cut, colored, and polished. It is absolutely perfect, and so brilliant! This remarkable transformation and journey is almost complete. Next, the diamond will head off to IGI for diamond grading and engraving. It’s time to choose a setting, and begin planning for the homecoming.

Megan’s legacy lives on through the friends and family that love her, and who have started legacy projects to honor her in the next chapters of their own lives.

The purpose of this page is to celebrate Megan. By recording stories about her, we allow future generations to get a sense of who she is (versus impersonal facts in an obituary).

Leave a comment below to share a positive memory you have about Megan, or a way she influenced your life! Condolences are kind, but please hold this space for positive stories & memories about her.