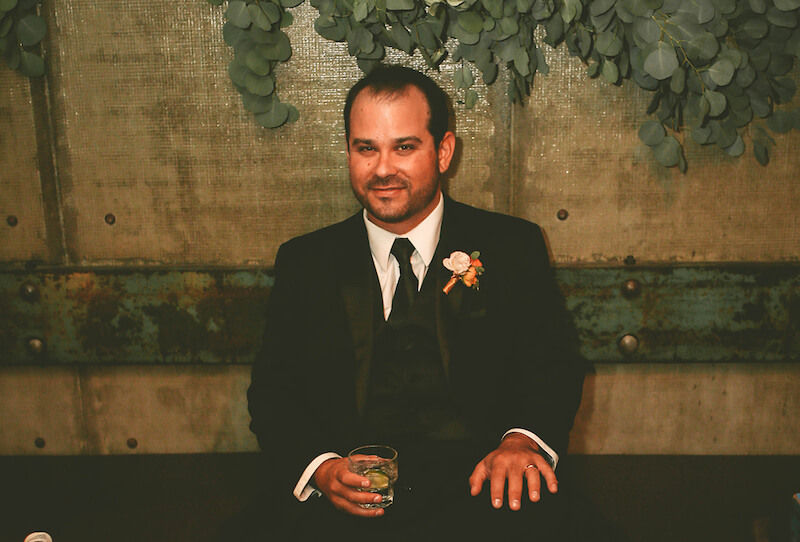 Lucas had no acquaintances, only conversations, hundreds of them. And once a conversation had been engaged, a friendship was born. Lucas was born on Oct. 5, 1978, at 28 weeks, weighing 3 pounds, 7 ounces to a surprised mother and father. From the beginning, he demonstrated a strength that those around him were acquainted with his whole life. As a child he loved exploring and showed a love of science, medicine and the outdoors. He was voted “Most Attractive” in high school and had a large group of friends that he knew from childhood. San Diego State was where he studied performing arts and how to be in a fraternity. He graduated in 2001 and made minor attempts at acting and then went into bartending. Lucas had enough credits to have a Ph.D -- he had additional bachelor degrees in both Human Physiology and Nursing. Lucas worked in multiple facets in the healthcare field in San Diego. First as a volunteer, then as an ER tech and finally as a registered nurse. It was here that he met Kristen in 2011. They were first friends for a few years, and then Lucas finally talked her into going fishing together in 2013. They married on Dec. 17, 2015. Marrying Kristen made Lucas a father figure to both of Kristen’s children, Katelyn and Mitchell, and they welcomed Meyer Beck in July 2017. Lucas lived for every moment in fatherhood with all three children. Not just the big moments, but every moment was cherished and no moment too small not to acknowledge. Lucas was a devoted member of the Jewish culture.

He attended religious school since he was 4, made Bar Mitzvah at 13 and confirmed at 16. He continued exploring different religions up until his passing and found comfort in learning what mixed faiths meant to him. Lucas was a gifted athlete. He played soccer and baseball throughout his life. He lettered in high school in both sports and enjoyed playing into adulthood for many years. Luke was an outdoorsman. He loved fishing, bow hunting and hiking. He knew the Cuyamacas and all-around Palomar as if he was born and raised there. He rarely used the trails and was able to take one on an adventurous hike or hunt. Luke loved food. He was a true “foodie.”. There was rarely a food that he didn’t explore and you could count on him to know all the best places for the most interesting food. He loved sharing this knowledge with all. Lucas was a traveler. He traveled with his sister and mother throughout Mexico, the Hawaiian Islands and Europe. He and Kristin spent their honeymoon adventuring throughout Thailand and Cambodia. His last trip was just a few weeks before his passing where they visited a few of their favorite cities in Europe. Lucas was a devoted son, brother, husband, father and friend. Lucas was an extraordinary person. He was unique, always ready with humor and knowledge. His contribution to his family and friends is many; he has left a hole that will be impossible to fill. He will forever cherished and be in our hearts. “Lives are like rivers: eventually they go where they must, not where we want them to.”

Lucas’s ashes are back at the Eterneva labs, and we are ready to begin the journey to becoming a diamond. Now, Lucas’s ashes will be put into a crucible that will go through a purification process. When that is finished, his ashes will be carbon in the form of graphite. This is the material we will put in the diamond growth cell to grow his diamond. In your next update, you’ll get to see the graphite as we open the crucible for the first time. Stay tuned!

Lucas’s ashes have been purified and are now pure carbon in the form of graphite. To prepare the carbon for growth, we'll now mill it into a super fine powder, which is the starter material for the diamond. The closure of this phase is a big and exciting milestone! We are now ready to grow the diamond.

In the Best Hands

Here is the picture of the rough diamond -

Lucas’s diamond has been cut, polished, engraved and the grading has been completed. It is absolutely perfect, and so brilliant! This remarkable transformation and journey is almost complete. Next, the diamond will head off for setting, and begin planning for the homecoming.

Below is the picture of the finished diamond -

Here is the picture of the engraving -

The purpose of this page is to celebrate Lucas. By recording stories about him, we allow future generations to get a sense of who he is (versus impersonal facts in an obituary).

Fill out the template below to share a positive memory you have about Lucas, or a way he influenced your life! Condolences are kind, but please hold this space for positive stories & memories about him.