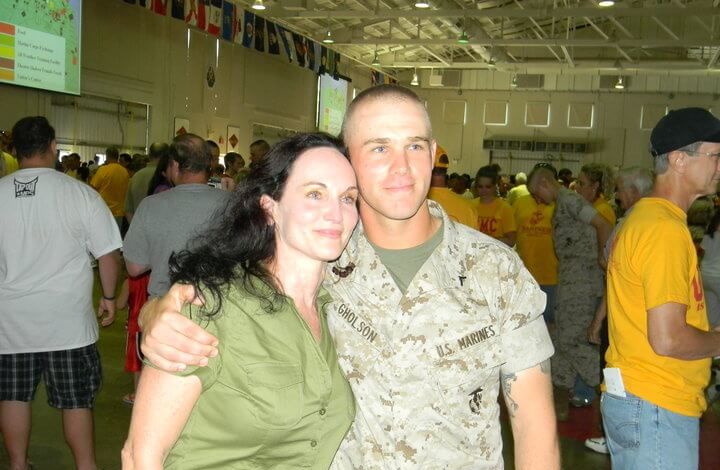 Josh was certainly remarkable and had the ability to elevate everyone he met. At a very young age, his driven character began to emerge. Josh was excellent, all star, at everything he did. When he played soccer, baseball, motor cross, he always landed in the all star team. Josh was driven and focused, anything he put his mind to, he achieved and surpassed expectations. He was the best oldest son, the best friend, best husband and father, and of course the best brother. All that Josh did, he did with what appeared to be ease. He was a Marine, adored the brotherhood and camaraderie, and of course, he could change out the engine on a CH-53 helicopter with his eyes closed - and as you'd imagine he moved through the ranks faster than expected. Josh was loyal beyond words. If you were Josh's friend, he'd be there for you no matter what the circumstances and for life, you could count on that! Josh loved the sea.

Growing up in South Florida exposed him to the wonders of the sea, but when he landed in Hawaii, his passion was ignited brighter than before. He became an avid spear fisherman, diver, boater, and balanced work life with as much time on the ocean as he could get. Somewhere in his life's journey, we came upon craft beer, and in typical Josh fashion, he immersed himself in learning as much as he could, becoming a connoisseur who would go beyond learning but wanted to educate. He would take any opportunity he could to share his passion and knowledge. Josh was incredibly funny. It would take a long chapter to recount his antics and pranks. It's easy to go down memory lane and reminisce about so much laughter he brought to all through his life. Beyond an all around strong, driven, and focused character, he was tender, thoughtful, loving, kind, and deeply analytical. How I'll remember Joshy is through his translucent blue eyes and smile, they bared his soul filled with joy and love.

Josh's ashes are back at the Eterneva labs, and we are ready to begin the journey to becoming a diamond. Now, Josh's ashes will be put into a crucible that will go through a purification process. When that is finished, his ashes will be carbon in the form of graphite. This is the material we will put in the diamond growth cell to grow his diamond. In your next update, you’ll get to see the graphite as we open the crucible for the first time. Stay tuned!

Josh’s ashes have been purified and are now pure carbon in the form of graphite. To prepare his carbon for growth, we'll now mill it into a super fine powder, which is the starter material for the diamond. The closure of this phase is a big and exciting milestone! We are now ready to grow his diamond.

The purpose of this page is to celebrate Josh. By recording stories about him, we allow future generations to get a sense of who he is (versus impersonal facts in an obituary).

Leave a comment below to share a positive memory you have about Josh, or a way he influenced your life! Condolences are kind, but please hold this space for positive stories & memories about him.