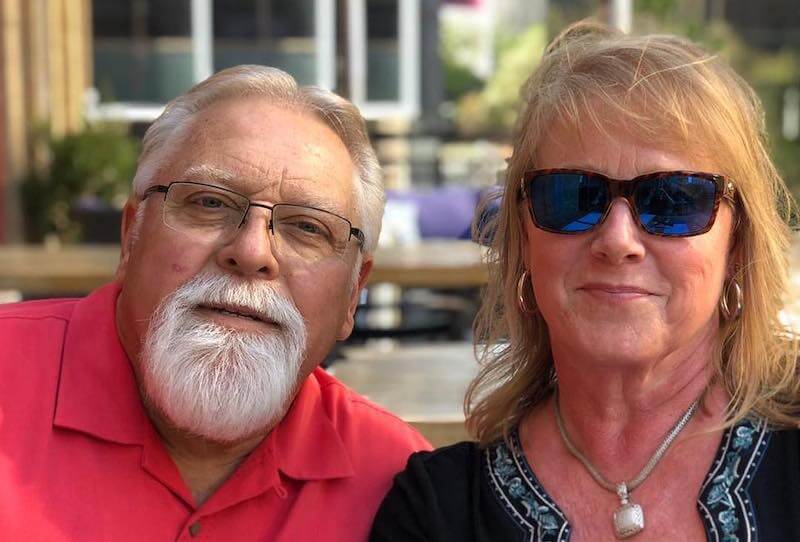 Mary first met Gary 37 years ago when her little sister introduced the duo. Two years later, they were married. According to friends, it was clear that Mary was the love of his life. He was never happier than when he was with her and their two children. Gary was a lover of love. He officiated weddings for friends and family. And he appreciated loyalty above all. He worked for Walmart corporate for 18 years in Bentonville. Before that, he worked 14 years with Kroger. An opportunity came up for Gary to work for The Wine Group (TWG), the world's 3rd largest wine company and still remain in Arkansas. Rising to the level of Vice President, he was responsible for TWG's worldwide Walmart and Sam's Club sales. Utilizing his vast retail background, and his knowledge of Walmart's growing presence in wine retailing, he grew TWG's business a staggering 900% in 8 years.

His efforts were rewarded with the coveted Vendor of the Year award in 2009. But Gary was a Texan at heart, and he was always trying to find a way closer to or all the way back to the state. After both his parents passed in 2012, he and Mary took this as a sign to retire and move back to Texas where they settled down in New Braunfels to continue golfing, traveling the world with great friends, cruising on the high seas and working at the Double C Ranch. Around that time, Gary brought up memorial diamonds to Mary, saying he wanted to be a diamond and hang around her neck. She is having a blue memorial diamond made in his honor, to match his blue eyes.

Gary's ashes are back at the Eterneva labs, and we are ready to begin the journey to becoming a diamond. Now, Gary's ashes will be put into a crucible that will go through a purification process. When that is finished, his ashes will be carbon in the form of graphite. This is the material we will put in the diamond growth cell to grow his diamond. In your next update, you’ll get to see the graphite as we open the crucible for the first time. Stay tuned!

“Sweet dreams my love, until we meet again. All my love, all my life. ” -Mary Crow, Gary's Wife

The purpose of this page is to celebrate Gary. By recording stories about him, we allow future generations to get a sense of who he is (versus impersonal facts in an obituary).

Leave a comment below to share a positive memory you have about Gary, or a way he influenced your life! Condolences are kind, but please hold this space for positive stories & memories about him.